Jesus in My Oatmeal 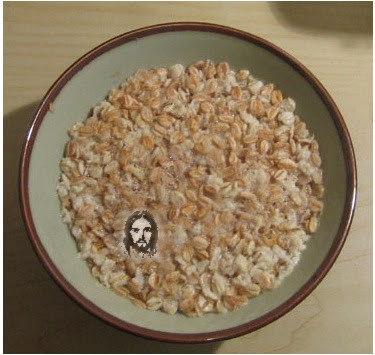 I dreamed that I was casually talking to Jesus, like people do, like, "Jesus, please help me pass this goddamned history test today!" I don't remember what I was asking him to do for me. I noticed something moving in a little area of my oatmeal, like a bug moving around just under the surface. I looked at it more closely and it turned into a perfect image of Jesus. "Oh fuck!" I thought. "Nobody has been more outspoken about how primitive and pathological typical fundamentalist Christian belief is, and yet now I know--it's all real! Jesus really is God, and I really do have to tell people about him!"

I realized that my recently deceased biological father, a smart guy who had already graduated from a good college at the age that most kids were just finishing high school, was not an idiot after all. I had never understood how someone like him, with a high IQ and a quick mind, could believe nonsense that was as absurd as believing in Santa Claus. He had been right all along!

Still skeptical, though, I stared at the image, and it transformed into an image of the famous "praying hands" painting, and then it was just oatmeal again. So I decided not to become a believer after all, but I felt rattled by having had such a close call with becoming a Jesus freak. 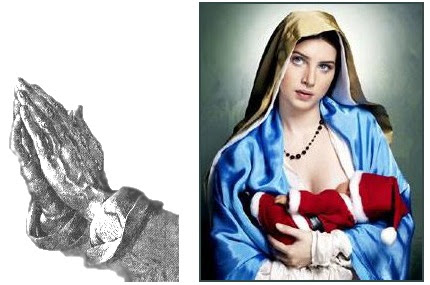