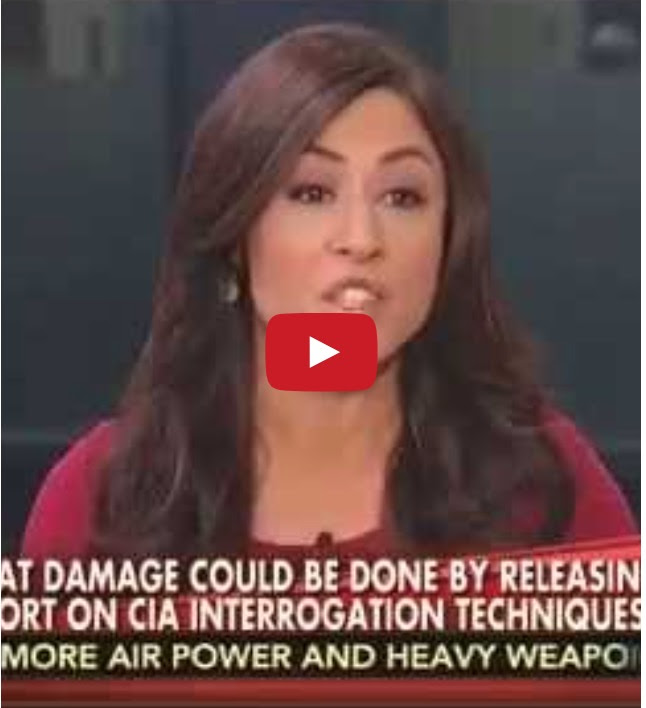 Since this is the "season" during which our "culture" celebrates the birth of Jesus Christ, one of the least materialistic people to have ever lived, by participating in an insane orgy of materialism and the genocide of beautiful young pine trees, brought indoors where people can watch them die, I think it's appropriate that I bring up our "great" nation's program of institutionalized torture. I doubt any of you on my list (because you all happen to be good, intelligent, empathetic people) can stomach much more than a few seconds of this "normal" Fox "News" broadcast, but try to watch as much of it as you can. These people live among us!

The glibness and coldheartedness of these women while they talk about other (non-white, non "Christian") people being tortured is, for me, almost beyond belief! Maybe I'm naive as hell and stupidly idealistic, but I just can't fathom how these well travelled, educated, reasonably intelligent people can be so completely devoid of empathy. They'd sure be singing a different tune if it were a close family member of theirs on the good old Amerikan "enhanced interrogation" table!

If you're a fan of my blog posts, you know that I've done a pretty good job lately of keeping them short and to-the-point. Meandering blog posts that try to cover too many subjects and go on and on, the writer obviously enjoying her own voice, are unreadable, I know. But please give me leave, this one time, to cover not one, but three topics in one blog post.

Extinction. Of humans. I just finished the most well known book by the recently deceased Jonathan Schell, The Fate of the Earth, and it's quite sobering to know how close we've come in the past and how close we live daily to . . . extinction from nuclear weapons. Just one missile can contain 10 nuclear bombs, each one 1,000 times more powerful than Little Boy and Fat Man, the cutely named bombs dropped on Hiroshima and Nagasaki.

And then there is human extinction due to global warming. I did a bit of research, and it appears this respectable journalist/author was taken in by a less than reputable scientist, but still, it's quite sobering to consider that there may be something to what he's saying. Scary when a well known climate scientist states that humanity should be in "hospice mode"!

And finally, as we go to movie theaters on opening night (Jesus' birthday) to see "American Sniper," about the "best" sniper in Amerikan history (161 kills), let's contemplate religion. This would be a great time to read my great but vastly underappreciated essay, "Earth is Spherical and Religion is Over." Keep in mind that 91 percent of all girls in Egypt have had clitorectomies due to bizarre, hyper-sexist misinterpretation of the Koran. Here's a good, short piece about this from a recent issue of the New York Times.

Mild, lukewarm, semi-religious people (the bulk of Amerika's population) provide credibility and respectability to religious fundamentalists. Although this isn't widely recognized, fundamentalists--"Christian," Muslim, whatever--who teach their religion to children are child abusers. Teaching fundamentalist Iron Age religions to children, who have not yet had their bullshit filters and anti-virus programs installed, is a severe form of child abuse that can and does damage them for life. And just as the "Middle East" has its "terrorists" and "extremists," we've got extremists of our own, such as Billy Graham, who strongly supported the Vietnam War (3 million murders), and the idiots who supported young Bush (because he was "a Christian") in the murder of about a million Iraqis and the destruction of their whole country.

As always, please use the comments link below. Your comments are very welcome!

Here's a map showing female genital mutilation in Africa. If you're feeling especially religious, thank God that you were born here and not there! 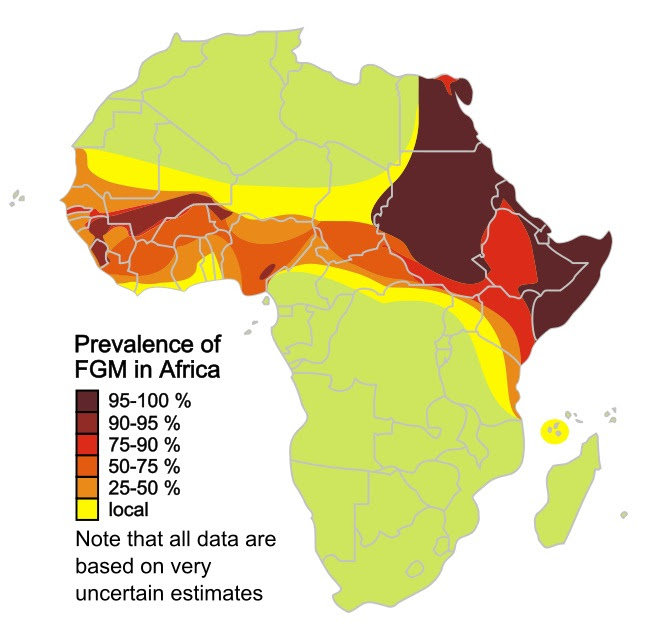 Love, and Happy Winter Solstice (a real day! based on the mechanics of our solar system!) to You! 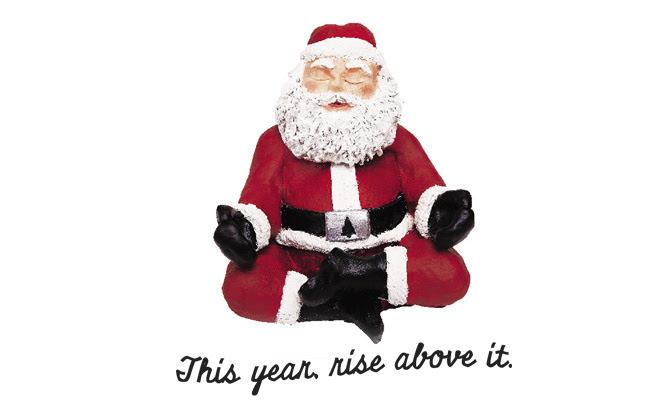 Some news about the Fox News broadcast linked above: 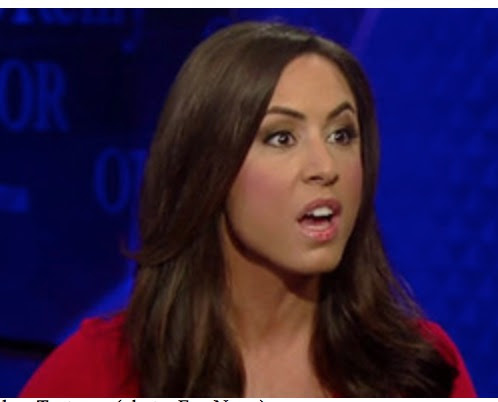 Fox News host Andrea Tantaros is facing some well-deserved ridicule for refuting the stomach-turning Senate Intelligence Committee report on torture by declaring that “The United States is awesome. We are awesome” and claiming that the Democrats and President Barack Obama released the report because they want “to show us how we’re not awesome.”