Romney's Religion Makes Him Unfit to Lead
This letter of mine was published the other day in my local newspaper. They kind of butchered it--their editor broke the logic of a good sentence by removing a sentence that went with it, and added some very bad commas, but at least they kept my idea intact! 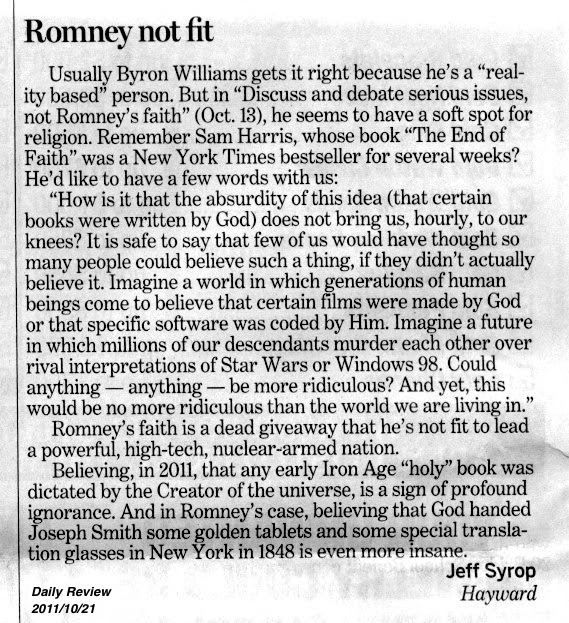 Posted by Jeff Syrop at 4:24 PM No comments:

You will love this 5 Minute video. What do you think? 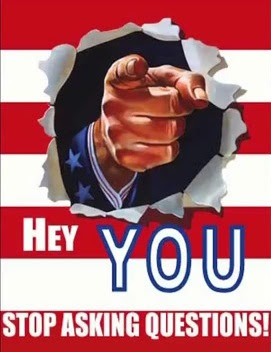 Posted by Jeff Syrop at 6:56 PM No comments:

Fukushima Cleanup is Job One
This video, compared to all the videos I've watched about Fukushima, is the best bottom-line report I've seen. It's impressive to me that they admit all this stuff on a mainstream show on CBS. Physicist Michio Kaku has gotten pretty big as a scientific spokesman, too big to risk saying something that is scientifically untrue, and his comments are both interesting and frightening. From a quick glance at the headlines in the paper and the news headlines on CNN.com, the average Amerikan is probably thinking that everything at Fukushima is pretty stabilized by now. Wow, I didn't know that there were still unusable pastures in England from the Chernobyl meltdown!
I think Job One on this planet right now is for all countries to work together to solve Fukushima to the highest level humanly possible. I was thinking that an international coalition should build the largest barge ever, each section of it the largest floating thing ever built. The barge could be insulated with lead and cement, loaded with the parts of the Fukushima power plants by gigantic front loaders, and sunk in the Mariana Trench, 7 miles deep, in a hole dug by a nuclear blast, and then capped by cement, lead, etc. I don't know shit about things like this, but our top scientists and engineers should be able to come up with some scenario for a gigantic international-scale project that could put this problem to rest.
Here are two things from Russia: the famous Chernobyl ghost Ferris wheel and Maria Sharapova. 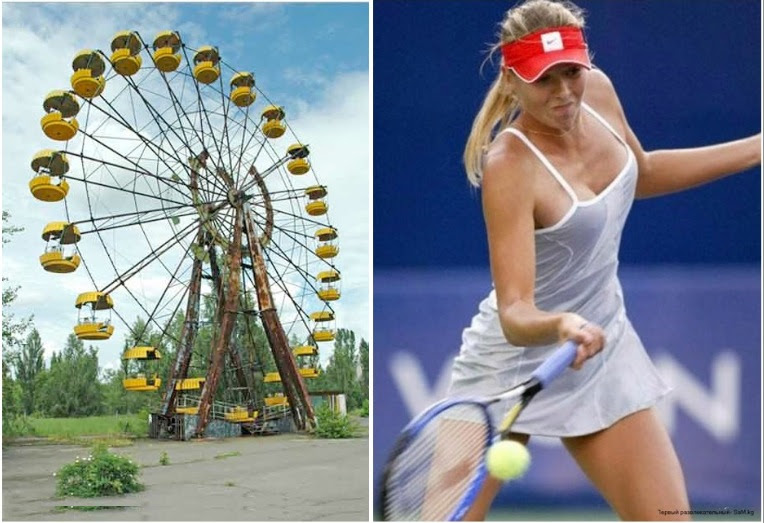 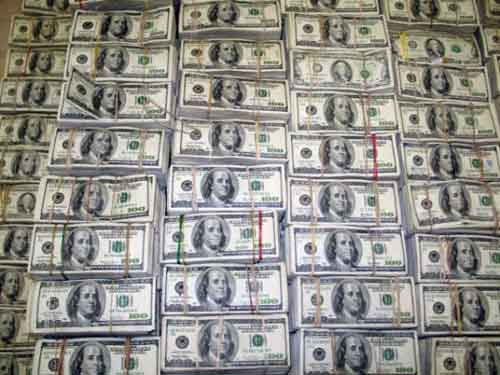 I've been thinking about money a lot. It's an amazing thing! I think that on every planet with intelligent beings, money is eventually invented to facilitate trading across distances.

It starts out as bits of rare metal, becomes coins, then bills. Some brilliant one invents interest. Eventually you have complex financial "instruments": credit default swaps, equity derivatives, etc. Karl Marx writes that there is a certain grace that comes with capital, but that ultimately "it becomes a monster with a mind of its own", and humans become its slave rather than its master. Corporations evolve by the rules of natural selection, and corporations with boards of directors that look to the future and towards sustainability are weeded out, because MY 401(k) retirement fund wants profit NOW. Only the immediate bottom line determines survival of corporations, and only the ones that promote war (a great business because its products quickly become obsolete or get destroyed) or otherwise rape the Earth (e.g., mountaintop coal removal or overfishing the world's great fisheries) prevail.

Money is like a very simple, elegantly written computer virus. Somehow it spawns more and more complicated destruction, even though the actual code for the virus was simply the concept that this pretty shell or this shiny piece of metal can stand for the value of your water buffalo or my basket of corn. The virus completely changes the way of life for a species and hugely affects the way it lives on its planet. If you flew over a large Native American village 1,000 years ago, it blended in with the planet so well that you might not even notice it. Compare that to New York City, an example of human habitation after the money computer virus starts to reach its complicated, destructive potential!

Democracy is like a fruit that is good for a while, but then goes rotten. At first it allows for stability, peace, and cooperation: the perfect ingredients for businesses to thrive and for a large middle class to grow. But when the businesses thrive TOO much and start to conglomerate, the trouble begins. The media then become corporatized and conglomerated as well, so now the messages telling us how and what to think are almost seamless. And that's how democracy rots.

We don't know what comes next because humans in the past have never really taken democracy as far as we have.  Compare Lady Gaga fun but politically empty songs to Crosby, Stills, Nash, and Young's "Ohio", about the students shot and killed by the National Guard at Kent State during the Vietnam War protests: "Four Dead in Ohio". "Gotta get down to it / Soldiers are gunning us down ..." The hippies listened to that song, which was a call to revolution, and decided, "Nah, too messy. Let's just get stoned".

I love capitalism because it comes up with the coolest stuff, but it needs to be treated with great care, like a highly radioactive material, and there needs to be a prime directive in its use: Every moneymaking enterprise or endeavor must help ALL people, be benign or beneficial to the environment, and must be sustainable indefinitely.

Thank you for reading my essay! Now here's a little video about  what gives a dollar bill its value. If you think it's strange that many modern people believe that a holy book was dictated by the creator of the Universe during the Bronze Age, you'll be surprised to realize that you yourself have an almost religious faith in money. Kurt Vonnegut says money's value is all in your head. This is really amazing stuff. Please click the comment link at the bottom of this post and weigh in on what you think about money.