Your Software Is a Virus
I've enjoyed the debate between Mr. Fluorescent (Robbie) and German Psycho. Robbie, I really enjoyed your first comment to my "McCain and Obama--Bad Software" post, and it gives me an opportunity to make myself even more clear (if that's possible) than I already have. I also enjoy your writing style, and I learned a lot about Obama that I didn't know, or, actually, that I kind of did know it, but hadn't let it all gel yet. You are as good at dissing Obama as I am at dissing Bush.

When it comes to Obama's shortcomings, I admit I've kept my head in the sand a bit. I agree with almost every word you write about Obama and I agree wholeheartedly that it is sickening to always have to vote for the "least worst." But I want you to realize something: Months ago when Congressman Dennis Kucinich was still in the running, I hosted Kucinich house parties, bought lawn signs and bumper stickers, and made phone calls. Our two-party system is completely unworkable. I've been registered Green before, and I don't call myself a Democrat.

There was a chance that a large movement to elect Kucinich could have congealed and grown, even snowballed. It's always at least theoretically possible that some charismatic leader could come onto the national stage and speak the truth in such a way that people would actually listen and follow that person. But now, less than two and a half months away from the election, given the software and operating system we have to work with, it is too late. It's a fact, Robbie, verifiable by statistically valid polling, that because of our incredibly obsolete, broken operating system (the operating system is the the American people, 60 percent of whom still believe that the creator of the Universe wrote a book), only certain software will run on this machine.

At this late date, and with the candidates we have, and with the level of ignorance still prevalent in our society, it is impossible for a mass movement to start behind any of the alternative candidates. I repeat, this is proveable by statistically valid polls. Cynthia McKinney is not suddenly going to become super popular, and people aren't going to suddenly be excited by angry old Ralph Nader! It aint gonna happen, Robbie. True, something out of the ordinary could happen--an assassination, a candidate's plane crash, a visit from aliens. But barring something extremely out of the ordinary, we're going to go to our polling places on November 4 and pulling the lever for either Obama or McCain. 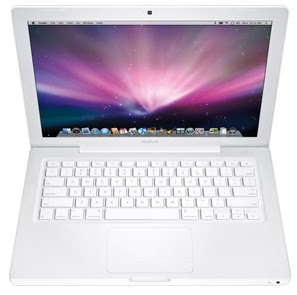 but right now, this is the computer that you have: 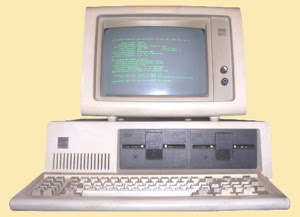 A skilled user can do a lot with an old computer. But if it's crippled with viruses, it becomes junk, and then the user is out of business. There is only one password on this computer in its present configuration that will stop the McCain virus, and that's "Obama."

A Carter is not a Nixon, and a Gore is not a Bush. Eisenhower was not a Bush. There are huge differences. Do you think Eisenhower would have let people die in the streets of New Orleans and babies go several days without water after Katrina?

The reason that Obama initially got so much young and progressive support--the amazing "Yes We Can" video put together by Will-I-Am and featuring Scarlet Johansson, the huge rallies, the incredible amount of money Obama raised from small donations--was that he made great speeches that talk to the good in us. The other candidates only make speeches that sound, to most educated people, no matter what their political stripe, like blatant propaganda tilted towards the interests of billionaires. Obama is married to a real black woman, not a golden Beyonce-type wanna-be-white woman with blonde straightened hair. And they have two little daughters who will have to breathe the mercury in the air and drink radioactive water if things don't turn around.

It sickens me the compromises he's made, but those are the software workarounds necessary on this broken operating system! Just take one minute and watch this amazing Obama Smackdown video and listen to the speech Barack Obama made in 2002 about the war. It's juxtaposed with a speech by Johnny Edwards, made at the same time, in which Edwards uses his super-lawyer skills and sells the hell out of Bush's coming attack on a sovereign non-belligerent nation.

There are not two sides to the truth.

German Psycho and you are both more knowledgeable than I about some of the specifics of our occupation of Afghanistan. (Although your friend's experience about drug eradication there is giving you a skewed idea of what the war is really about. Opium growing has increased exponentially during our occupation, and American soldiers in many areas walk through opium fields without a care. My views on this "war" fall somewhere in the middle between you two. But Robbie, just because you may be smarter than I am about Afghanistan and better able to use English than German Psycho doesn't mean you're right in voting for McCain, which is what you'll be doing when you pull the lever for McKenney.

You must be young, so you can't really wrap your mind around what it's like to worry about McCain privatizing your Social Security (think Enron). You're probably healthy and can't really feel empathy for the 55 million Americans who can't afford health care, who let their kids walk around with cavaties in their teeth and ear infections, who get a second job to pay off jacked-up medical expenses. For you, voting is an intellectual exercise. It's a fact, barring something bizarre happening in the next two months, that "McKenney" is a simple keyboard shotcut to start up the McCain virus. It's simply immoral. You're educated and knowledgeable, but that doesn't mean you're logical. Spock and Data from Star Trek need to pay you a visit and slap you on the side of your head! Of maybe Spock should teach you how to do a mind meld with some of the people who will soon be dead or suffering if McCain gets to be your Commander in Chief.

I just wanted to make it clear to you and to everybody enjoying this conversation that if your third party candidate fails to build up a head of steam after a certain point in time, then it's time to abort that installation until later. A skilled user can use even flawed software to write better software! But you can't do shit if your software is a virus!
Posted by Jeff Syrop at 7:08 PM